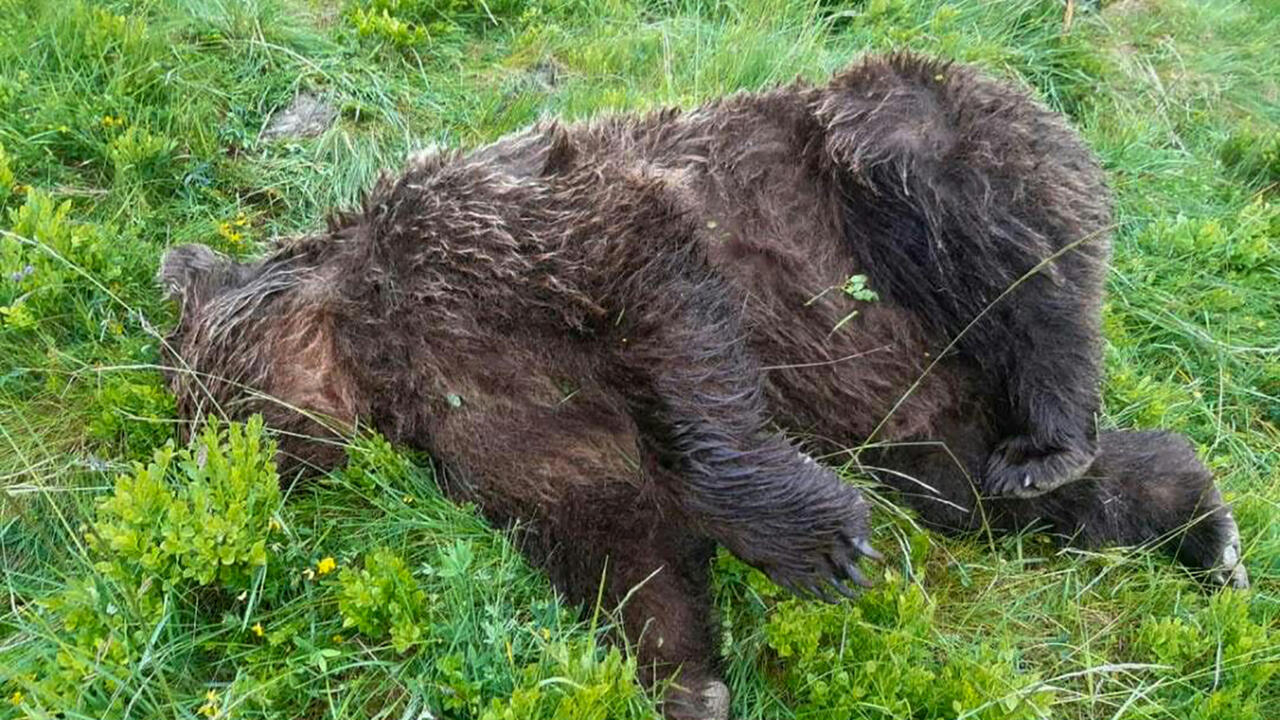 French officials have launched a probe into who killed a brown bear in the Pyrénées mountains, after the animal was found dead with gunshot wounds earlier in the week.

The bear, a four-to-five-year-old male weighing between 150 and 200 kilogrammes, was found near a ski station in the high mountains of the French department Ariège, near France’s border with Spain.

Its remains were discovered Tuesday by biodiversity officials investigating after receiving complains from farmers about sheep killings.

The bear was not wearing a tracking collar and has not been identified. Its carcass was flown by helicopter to a veterinary school in Toulouse, where experts were carrying out an autopsy.

News of the bear’s death spread after Environment Minister Elisabeth Borne published graphic images on Twitter and promising the state would investigate who was responsible for the “illegal and highly reprehensible” act.

Legal officials in Ariège opened an investigation for “unauthorised destruction of a protected species”, a crime punishable by three years in jail and a 150,000-euro fine.

“Everything possible is being done to identify the perpetrator or perpetrators,” prosecutor Laurent Dumaine told reporters.

Conservation groups promoting efforts to boost the bear population in the Pyrénées said they would also press charges and called on the government to ensure the animal would be replaced.

“The reaction of the state must be clear and firm: condemn and repair,” 10 environmental and animal rights groups said in a statement. “Failing to do so would vindicate the poachers.”

Since starting to repopulate the Pyrénées with brown bears from Slovenia under European Union conservation rules in the 1990s, France has seen the bear population climb from near disappearance to as many as 50.

But the programme is a point of discord with farmers, whose livelihoods consist in letting herds of sheep, goats and cattle to graze undisturbed in high pastures during the summer months.

Tensions have become especially high in Ariège, where a large concentration of bears has amassed over time.

While bears are known to kill individual sheep, farmers are especially fearful of predators spooking their herds and sending them stampeding by the dozens or the hundreds over cliff edges.

Conservations say a small number of virulent anti-bear farmers have dominated debates in the region and recommend adapting practices to the presence of bears.

French President Emmanuel Macron said in January the state would place a moratorium on bear releases until 2028.