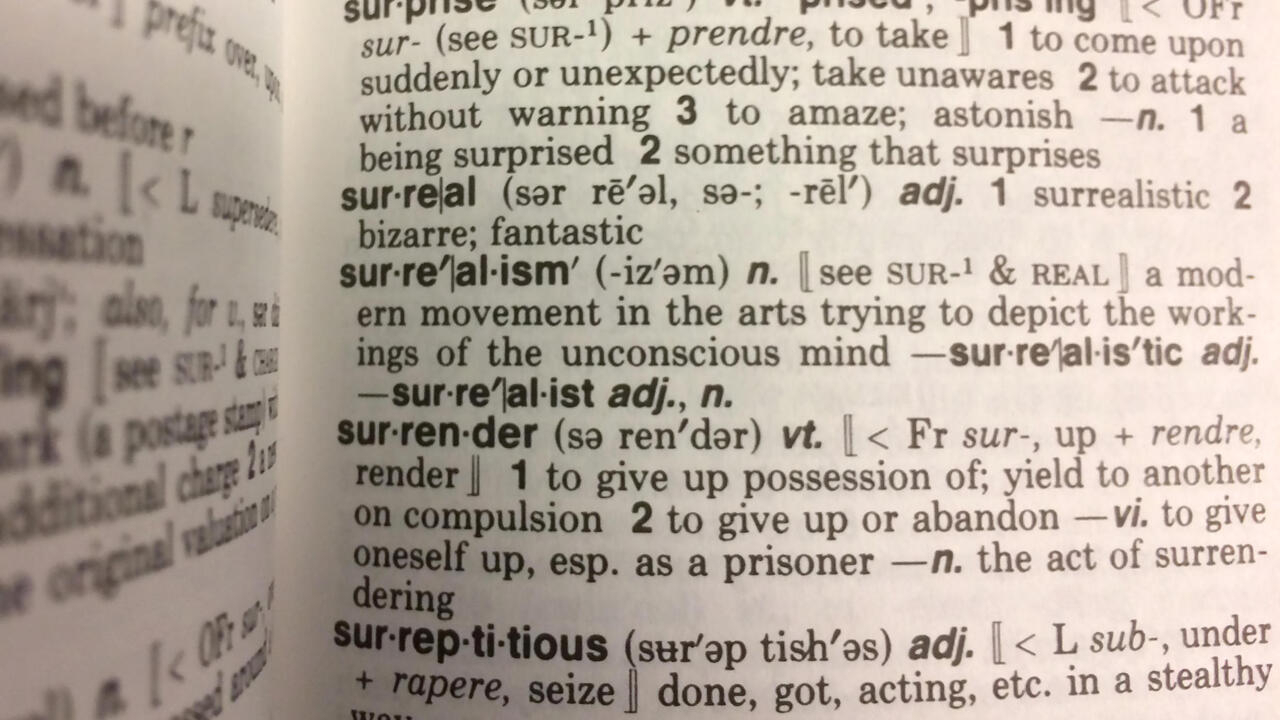 The American reference dictionary Merriam-Webster says it will change its definition of the word racism at the suggestion of a young black woman, who felt it did not reflect the reality of today's world, especially in the context of the #BlackLivesMatter protests and global anger over police violence.

Kennedy Mitchum, 22, a recent graduate of Drake University in Iowa, contacted Merriam-Webster, which has published its dictionaries since 1847, to propose updating the term.

"I basically told them that they need to include that there's a systematic oppression upon a group of people," she told the local CBS affiliate KMOV. "It's not just, 'Oh, I don't like someone.''

Mitchum lives in Florissant, Missouri, just a few miles away from Ferguson, where protests over the 2014 police shooting of Michael Brown formed the base of the Black Lives Matter movement.

"I kept having to tell them that definition is not representative of what is actually happening in the world," she told CNN.

"The way that racism occurs in real life is not just prejudice it's the systemic racism that is happening for a lot of black Americans."

When she wrote of her concerns to Merriam-Webster, she received a response from the editor Alex Chambers the following day.

"We apologize for the harm and offense we have caused in failing to address this issue sooner," he wrote, according to a message published by Drake University and retweeted by Mitchum.

Anger has boiled over and people across the world have taken to the streets to protest against violence and racism in the police force, demanding justice for victims who died in custody such as George Floyd in Minneapolis, and Adama Traoré in France.

Merriam-Webster's first definition of racism is "a belief that race is the primary determinant of human traits and capacities and that racial differences produce an inherent superiority of a particular race."

Mitchum said many people she's talked to use that to dismiss her concerns about racism and overlook broader issues of racial inequality because they don't personally feel that way about people of colour.

Merriam-Webster's editorial manager Peter Sokolowski confirmed to AFP that the definition would be modified after Mitchum's request.

He explains that the dictionary currently offers three definitions of racism, and that the second definition touches on Mitchum's point -- but that "we will make that even more clear in our next release".

In the current version of the second definition, racism is "a doctrine or political program based on the assumption of racism and designed to execute its principles" and "a political or social system founded on racism".

"This is the kind of continuous revision that is part of the work of keeping the dictionary up to date, based on rigorous criteria and research we employ in order to describe the language as it is actually used," Sokolowski said.

"The mission for [Noah] Webster himself, you know, back in his first dictionary in 1806, was to essentially present the current active vocabulary of American English and that's still our mission today," he said.

Sokolowski said the new language will probably be ready for the next update.

"I was super happy because I really felt like that was a step in a good direction for a lot of positive change for a lot of different positive conversations that can really help change the world and helps change how people view things," Mitchum told CNN.

The Merriam-Webster site, where the definitions are available for free, had nearly 50 million unique visitors in May, according to the SimilarWeb site.