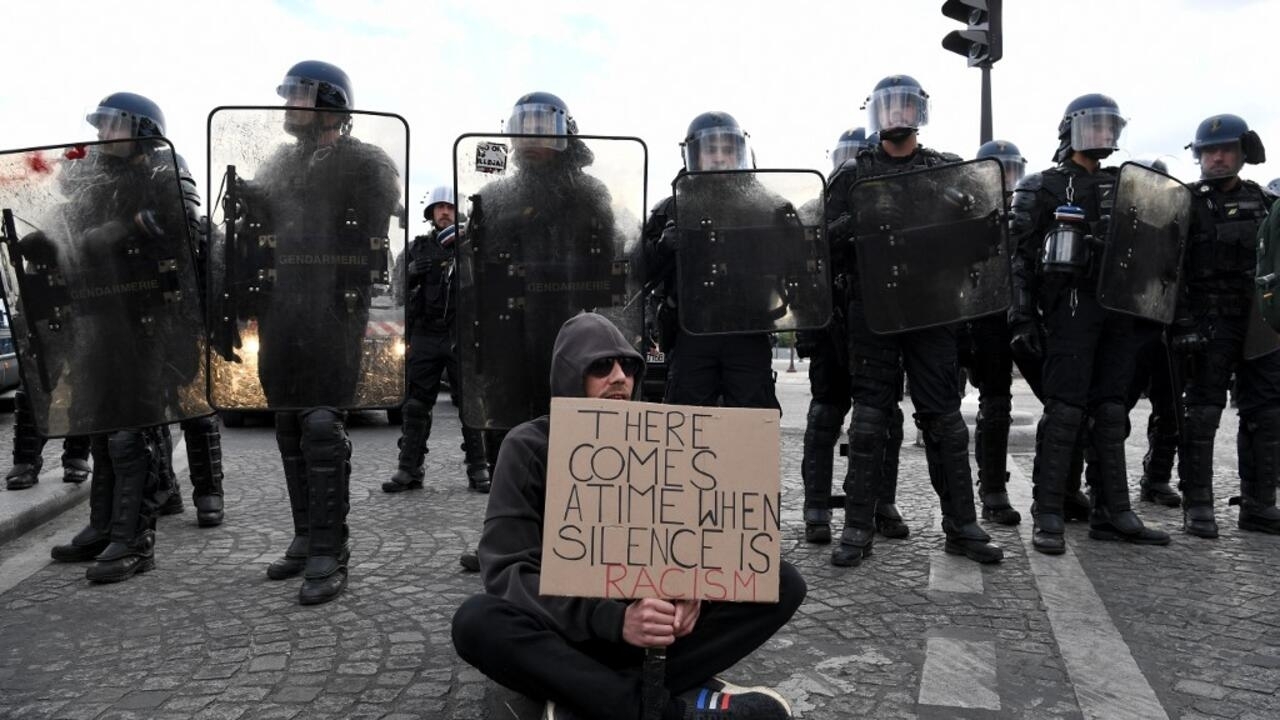 Political parties, unions and citizens groups will rally in Paris and other cities across France on Tuesday evening to pay tribute to George Floyd, whose death at the hands of a police officer ignited worldwide protests.

The anger has spread to France where there are calls for the government to crackdown on racism and violence in the police force.

Demonstrations in France are not currently permitted due to the Covid-19 measures which prevent more than ten people gathering in a public place, to stop the spread of the virus.

But Interior Minister Christophe Castaner on Tuesday said he would make an exception for the gatherings planned for the evening to pay homage to George Floyd, a black American man who died when a white police officer knelt on his neck, on 25 May in Minneapolis.

Earlier on Monday evening local time, in Houston, thousands of mourners turned out to view the casket at the Fountain of Praise church. A private burial was to take place on Tuesday local time.

As the public viewing unfolded in Houston, Derek Chauvin, the police officer charged with second-degree murder in the case, made his first court appearance by video link, with a judge ordering his bail raised from 1 million to 1.25 million dollars.

Organisers in France say Tuesday's rally is an occasion to protest against all forms of police brutality and racism, at home and abroad.

In Paris, the association SOS Racisme called for a "solemn gathering" on Tuesday at 6pm local time, at the Place de la République.

"It is a sign of our determination to fight, here, racism in the police and all sectors," said a statement on social media.

Several workers' and students unions have also joined the fray alongside members of political parties such as the Greens (EEVL), the Socialists, France Unbowed and the Communist party.

And some human rights organisations will also be present, such as the League of Human rights.

"The emotions around the world on this subject, which are well-founded, go beyond any jurisdiction currently in place," Castaner told BFMTV on Tuesday, adding that no sanctions would apply to those who attended the rallies.

"I would encourage everyone to practice social distancing," he said, "but we're not looking to ban the participation in this protest."

Castaner gave a press conference on Monday evening stating that he had "zero tolerance" for racism, and that the chokehold technique used by police officers would be formally scrapped.

He also said all forms of racism would be dealt with severely in the justice system.

Prime Minister Edouard Philippe and Castaner visited a southern suburb of Paris on Tuesday morning to discuss respecting the code of ethics with police officers and citizens groups.

This comes on the back of a major protest in Paris on Saturday where some 23,000 people turned out to chant "Black Lives Matter" and just days after a protest organised on behalf of the family of Adama Traoré, a young black man killed at the hands of police in 2016.